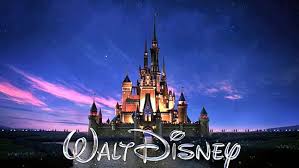 2ACheck Rating: “C” – Disney is inconsistent with respect to guns.  Disney Parks ban guns.  Disney Stores allow guns, if not prohibited by the mall in which they are located.  Disney owned ABC News has a blatant anti-gun bias.

If you are reading this because you want to know if Second Amendment Check approves of Disney’s amusement parks, the short answer is go unarmed and have fun.  Leave your gun locked out of sight in your car, you won’t need or want it in the park.  (This is not legal advice, don’t sue us.)  This is especially true in the Orlando, Florida parks where there are many barriers to entry for bad guys (and customers.)  Florida is CC friendly with a recognized permit.  Do yourself a favor and spend the $10 to buy a copy of the Traveler’s Guide to Firearm Laws before you go, or spend a couple of hours to do your own research on the laws in the states you’ll be entering with your firearm.

If you want our complete evaluation of the entire corporation, read on:

Kids love Disney, let’s face it.  There are many TV networks, movie studios and amusement parks, but there is only ONE Disney.  Whatever you may think of them, you must agree they do a fantastic job of making kids happy, which we appreciate by emptying our bank accounts into theirs.

The Walt Disney World Resort – Firearm Carry Is Not Worthwhile:

Not only do you “feel” safe, you are safe from petty and professional criminals there.  That is not the case with many other amusement parks in America that ban guns, but Disney World is safe.  Unless you are a total jackass, it’s nearly impossible to have a violent confrontation in a Disney park.

As with most/all other amusement parks, Disney World prohibits firearms inside their parks.  They are obviously not your standard retail operation, and can’t be rated on the same scale as a restaurant or office supply store.  We do not penalize them for their “no weapons” policy in their amusement parks, and we explain why below.  We do, however, penalize them for their anti-gun bias at their ABC News operation.

We were there in Orlando in June of 2013 and observed their customer-visible security practices, there are undoubtedly others we are not privy to.  We asked a uniformed “bag checker” what they are looking for and what they have found in the past.  Basically, they search everyone’s possessions, not bodies, for weapons, glass, alcohol, etc.  Every bag and cooler must be opened and searched prior to entering the park. There are no metal detectors or body scanners that we could see, and no pat-downs or “wands” either.  Kids do not have to get out of their strollers and everybody gets to keep their shoes on.  They are much more respectful than the morons that work for the TSA.  Based on our assessment, if you really wanted to concealed carry with a smaller pocket gun like an LCP, you definitely could get it in undetected, we just don’t think it’s appropriate or worthwhile to do so.  We did see a single uniformed law enforcement hanging out at the entrance to Animal Kingdom all day.  The deputy was an older gentleman in traditional police dress and was not intimidating at all, he was not one of the aggressive militarized goons you might see elsewhere.

Since the difficulty and price of entry is very high, and there is legitimate security provided, there are real barriers/deterrents to entry for criminals.  In Disney World, (differs in other Disney parks like Disneyland in L.A.) before you even get to the point where your bags are searched, you must pay a $15 fee to park in their lot, or find other transportation such as a shuttle bus to even gain access to the front gate.  The price for a single day pass can be as high as $95.

Also, you do not see Trayvon-types walking around in the Magic Kingdom, it’s too hot for “hoodies” anyway.  There are people of all races, but nobody is looking to hurt anybody or commit a crime. There are no thugs hanging around, no one intimidating, no roving gangs of delinquents – just families looking to have a good time.

When you think about it, what criminal in his right (or insane) mind would have the desire to go through with all of the hassle and expense just to commit a small-time robbery, let alone a rape or murder, only to have no way to quickly escape undetected.  There is no crime in Disney World because there is no incentive for bad guys to go there.  The “smart” criminals are probably finding ways to rob tourists outside of the parks.  Be careful in hotels, in cars, in restaurants, in stores, in parking lots, etc.  Those are the places you still want to be able to defend yourself.  Bad guys target tourists because they are unfamiliar with their surroundings and often travel with cash.

When we brought our kids to Disney World we happily went into the parks unarmed; the gun stayed hidden and locked in the car all day while we were in the park.  (However, a gun was in our direct physical possession everywhere else we went during our vacation thanks to favorable concealed carry laws/reciprocity in the south.)  Even if Disney’s policy allowed carry of firearms in the parks we would not want to.  It is so safe and it isn’t the type of place where you would want to tote a gun around all day anyway.  The walking, standing, brutal heat, the sweat and the light clothing required, getting in and out of rides, water rides, the kids everywhere, and the lack of a credible threat really discourages people like us from even wanting to carry.  Frankly, this is one of only a few places that we actually believe firearm carry really is “unnecessary.”  Once you get back in your car, you re-enter the real world and must once again be prepared to defend yourself.  It really is nice to not have to worry about bad guys while at Disney World.

Another point to consider is that you will not see any anti-gun propaganda there.  In fact, there are many opportunities for kids to play with toy guns – like in the army fort on Tom Sawyer Island, shooting galleries, games and arcades, rides with shooting and guns like Pirates of the Caribbean, the Buzz Lightyear ride and the Toy Story ride, etc.  It is more accurate to say that in the Magic Kingdom guns seem to be celebrated, not demonized as they are in the mainstream media.

We believe they do the best they can to provide a safe and fun environment without stepping on any toes.  For all the reasons above, we encourage you to bring your kids and enjoy their parks if you so desire, despite the fact that they do not permit you to be armed.

However, there is more to The Walt Disney Company than the resorts.  In fact, that is only a small part of the company.

Disney Stores allow firearm carry, as long as it is legal and also not prohibited by the mall in which they reside.  We verified this via email and by calling the Disney Outlet Store in a Taubman Mall, Great Lakes Crossings Outlets in Auburn Hills, Michigan that we know allows firearms.  The Disney employee at the store whome we spoke with was very knowledgeable about firearms laws in the state and knew that the mall also permitted firearms.  She said they had several people open carry in there in the past without issue.  She also said her boyfriend in a Concealed Handgun Permit holder.  She just asked that we remain conscious that there will be many children in the store who may be interested in our firearm.

Where Disney loses all of it points with us is their ABC News operation, which has been accused of having an anti-gun bias.

As an example of that bias, you have probably seen this hit job they did on lawful carry of firearms by good guys.  In it they try to convince people that arming good guys doesn’t make anyone safer.  We won’t argue the merits of this “study” here, other than to say that we do not agree with their premises or conclusions at all, we believe it was set up to have self-defense fail, and we believe this entire piece to be driven by a desire to attack and de-legitimatize citizen carry.

Here’s a Media Research Center report on how biased the major networks coverage of the issue of “gun control” has been: